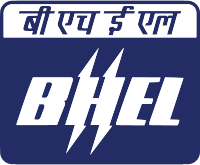 About BHEL : Bharat Heavy Electricals Limited (BHEL) is one of the oldest and largest state-owned engineering and manufacturing enterprise in India in the energy-related and infrastructure sector which includes Power, Railways, Transmission and Distribution, Oil and Gas sectors and many more. It is the 12th largest power equipment manufacturer in the world. In the year 2011 , It ranked ninth most innovative company in the world by US business magazine Forbes. BHEL is the only Indian Engineering company on the list , which contain online retail firm Amazon at the second position with Apple and Google at fifth and seventh positions,respectively . It is also placed at 4th place in Forbes Asia’s Fabulous 50 List of 2010 . BHEL was established more than 50 years ago, ushering in the indigenous Heavy Electrical Equipment industry in India. The company has been earning profits continuously since 1971-72 and paying dividends since 1976-77. 74% of the total power generated in India is produced by equipment manufactured by BHEL.

It is one of India’s nine largest Public Sector Undertakings or PSUs, known as the Navratnas or ‘the nine jewels’.

Exam Date: Will Get Via Email